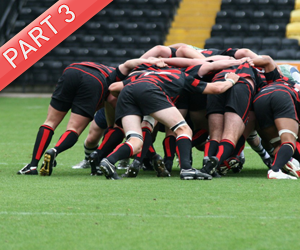 In Part 1 and Part 2, we saw the forces of extreme right and extreme left savage two organizations in the name of scrum. One company goose stepped about in Luftwaffe jumpsuits. Another built a gulag for stakeholders who would question its developers-only central planning meetings.

In both cases, malevolent propagandists diverted the team’s purpose, and product progress all but ceased. The right was called wrong. The in progress was called done.  The 1 was called 0. User stories were enigmatic and undecipherable.