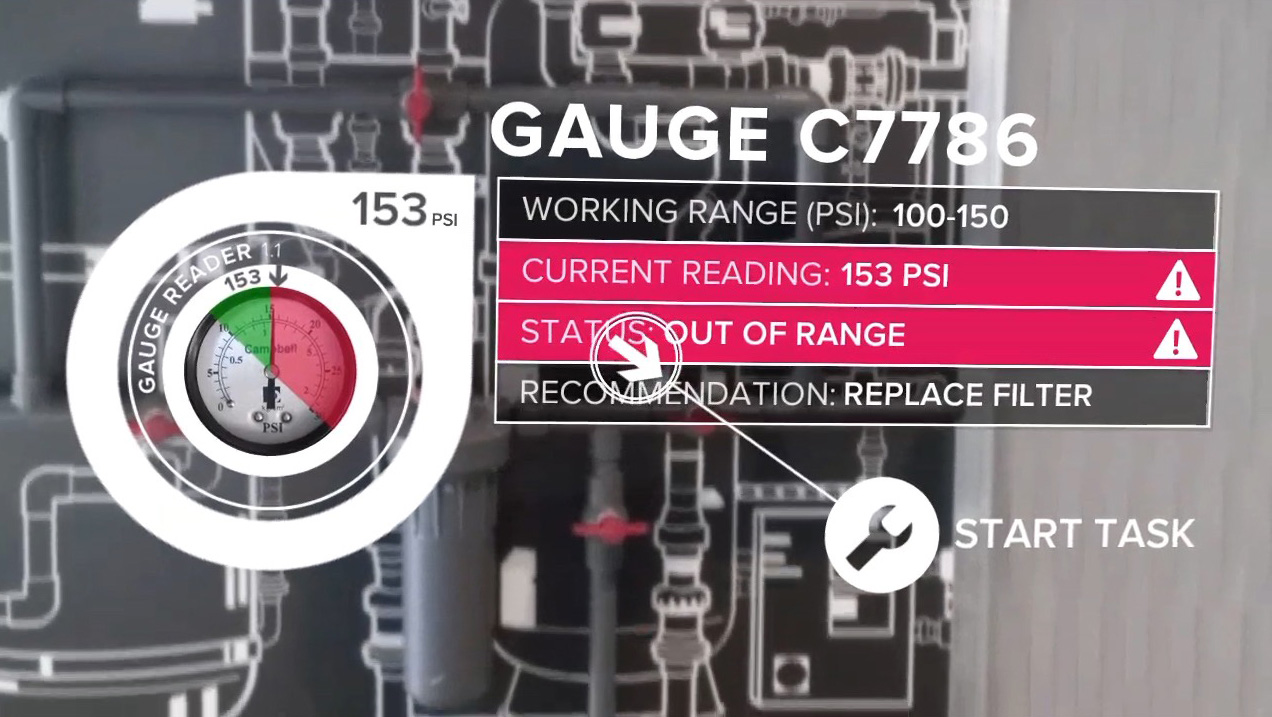 For some people, Augmented Reality (AR) may seem to have exploded onto the scene. With the (fairly) recent popularity of Pokemon, decidedly unpopular Google Glass, and futuristic promises of Magic Leap, AR is popping up just about everywhere. Yet the technology goes back to the 1990’s and the dream of AR has been around for generations before that.  These days the market space is increasingly getting crowded with Google, Apple, Microsoft and a whole array of additional hardware manufacturers, software companies, and numerous start-ups getting into the business. If you think that AR as a technology limited to entertainment applications and checking your newsfeed; well, have I got some news for you.

A few years back, I was introduced to a company called DAQRI and one of its co-founders Brian Mullins. To say that Brian is passionate about AR would be a monumental understatement. Brian views AR as a powerful tool about breaking through constraints, as a tool to dramatically change humanity, to upend social and economic disparity. If you have a few extra minutes, you should check out his Ted talk which provides some insights into his line of thinking when it comes to AR. I’ve provided the link down below.

How can an AR headset upend social and economic disparity? DAQRI designs and manufactures AR headsets. Unlike Google Glass or Hololens, the DAQRI headsets are purpose-built for industrial applications. The devices can be programmed with work instructions. The device uses WiFi and GPS for locality, so when you step onto the factory floor, it can point you in the direction of your task. The heads-up display can show you the current readings for various gauges and alert you immediately if something needs your attention.  Additionally, it has a thermal camera to tell you if things are running a bit hot, image recognition to help you identify what you are looking at, and two-way visual communication to let you phone a friend or a boss in case you need assistance. The person on the other end can see exactly what you are seeing in real time. This all sounds nifty but what does that mean in the real world and how can this be a tool of economic and social change? In a joint partnership, DAQRI and Siemens performed a comparative exercise on a gas turbine. A specified routine maintenance procedure for the turbine would normally require 8 hours of training for a new engineer, and then another 8 hours to actually perform the maintenance. Using a DAQRI headset with built-in work instructions, an engineer who was not previously trained on the maintenance procedure was able to successfully complete the maintenance in under an hour, saving more than 15 hours from the maintenance roster.

With AR headsets like these in the workplace, employers now have a vastly more enabled workforce. Employees have greater access to knowledge and valuable work experience than they previously would have had access to. The social and economic repercussion of these changes will take years, possibly decades to understand and evaluate. Taking all of this in stride, the technology is not flawless, and there are many areas for improvement, but this isn’t vaporware either. These technologies and devices are real and already being tested out in the field. The genie is out of the bottle. AR headsets in heavy industry are used beyond Siemens gas turbines. GE is evaluating them for maintenance on the jet engines, Aprilia Racing is using them to help keep their high-performance MotoGP bikes in top shape and the U.S. Navy is testing them for command and control operations. This is just the tip of the iceberg.

On a side note, I was able to demo an earlier version of DAQRI’s smart helmet, which also included a pair of built-in, noise canceling earbuds. We simulated an experience of walking through a factory floor where the ambient noise was approaching 120 decibels. With the earbuds in, the outside noise was dramatically reduced and I was able to have a conversation with a colleague. We were both able to communicate in normal speaking voices and hear each other clearly. I’m not sure if this has carried over to the smart glasses but I sure hope it has.

Zooming back out to look at the industry, these are still the early days of AR and it may take possibly up to a decade for the industry to mature. However, as I previously said, the genie is out of the bottle. For development shops like Grio and others, this represents a huge opportunity. There are numerous SDKs for these products, and most have designed lifecycles that require design and development support from 3rd party companies to create applications and support its software. To that extent, many of these devices are also using Unity 3D for their graphics engines, which makes the entry barrier very approachable.

I would like to close out with a bit of information about the size of the potential opportunity in AR.  Projection estimates currently vary widely and are often mixed in with projections for VR, but over the past few years AR has taken a clear lead over VR. Statista.com has projected a market of about $215 billion by 2021, up from its current market size of $17.8 billion.  Even if you take a fairly conservative split between AR and VR and assign only 60% of the market to AR, this is still $129 billion. Despite what I will generously call the mixed reviews of Google Glass, the AR market has arrived and it’s future looks to be nothing short of revolutionary.