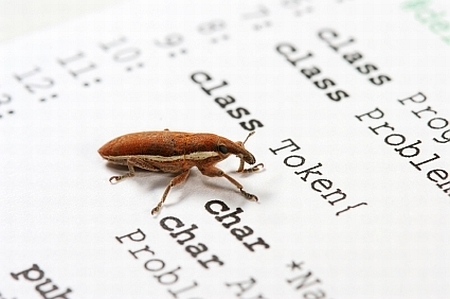 If you have used XCode’s built in unit testing frame work , then you’ve likely hit one of the frustrating points of trying to test your application when making api calls over a network. (I’ll save you some time, and let you know the test dies before the call can finish). That’s not great, but it does not mean you can’t test your application and it’s ability to hit your api.

I’ve seen some creative ways to work around this which essentially block the main thread for a SenTestCase while your web service object does it’s job. However, that can prove to be problematic as one can not guarantee that the network will actually be up, or worse, the back end is not entirely ready for production. This of course is cause for unexpected results.

A clean solution I found was using OCMock. There are a lot of examples and tutorials about how to create OCMock objects and then use them in a unit test framework. However, translating these simple examples to real world practice was less abundant. Today I am sharing a source example I created to demonstrate a real world working application. The unit tests demonstrate a few ways to mock a network call, fake some responses using both blocks and protocol methods. Our application uses the panoramio api to fetch a list of images, and then lets a user pull down a larger version of a selected image.

Let’s start with the simpler test: testMockApiQuerySuccess, which demonstrates a mock api call, and stubbed results – here is the approach:

Ok, so what about protocols? A common scenario is hitting the network for an image or some data, and implementing a protocol when we have a result/failure. The example is a bit more involved, but still the same premise. As a bonus, we can use some real objects from our application, and just have OCMock fill in a few gaps where we need to mock some behavior (ie: downloading an image from the network):

As one can see we can use OCMock to ease the burden of network dependency when building our apps. In a real world application, we would want to mock failure as well- you will find in the tests source code a test that demonstrates the api failure as well (testMockApiQueryFail). Happy mocking…