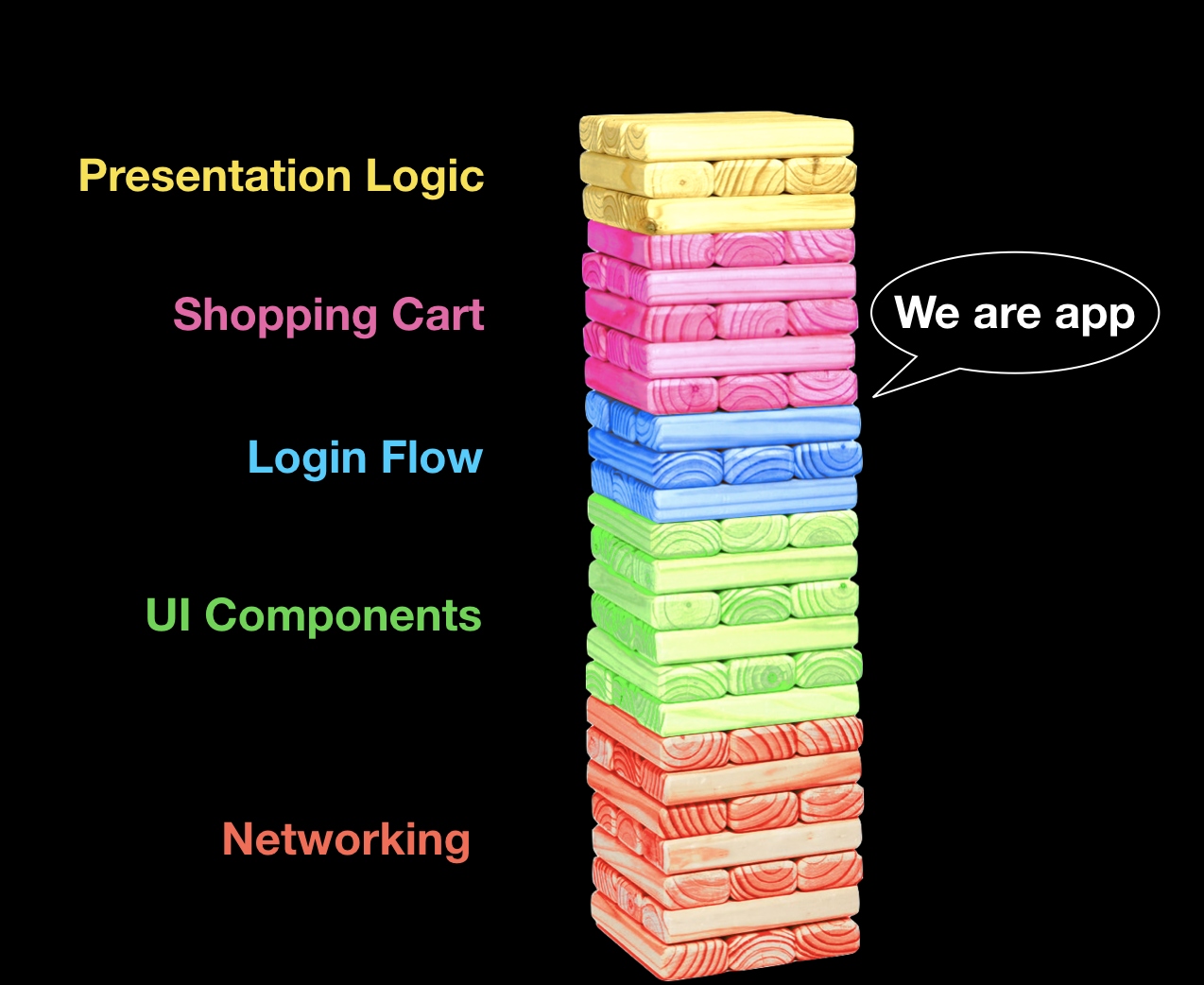 At Grio, we’re often asked to improve our clients’ existing web and mobile apps — fixing problems, adding features, etc. — but many of our most interesting and exciting projects involve building a brand-new app entirely from scratch. I’ve had that opportunity on a recent project, which means that my colleagues and I have been thinking through some of the foundational decisions that can really only be made when you’re starting fresh. One of those decisions is monolithic vs. modular.

A monolithic app is a single codebase in which everything — from networking code, to UI components, to login and presentation logic — works together to do a single job. Monolithic apps are relatively fast and easy to build, since you’re not spending much time worrying about how the different pieces interact and exchange information. As a result, they’re usually also cheaper for the client.

However, as you might imagine, monolithic apps tend to be messy. Because every component is interacting with every other component, small updates can have unintended consequences. If you want to make significant changes — for example, removing or replacing the shopping cart functionality in an ecommerce app — you’ll probably have to rebuild most of the app from the ground up. And if you want to reuse that shopping cart functionality in another app, you’ll have an equally tough job untangling it from the rest of the original app’s codebase. 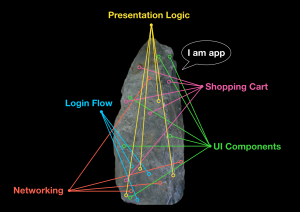 A monolithic app: Quick to build, but a bit of a mess

A modular app, on the other hand, is made up of small pieces of code that fit together neatly but are largely independent of one another. Modular apps are well-organized and easy to test, reconfigure, and clone. Where the functionality of a monolithic app might seem “magical” and opaque (even to many developers!), modular apps are easy for everyone, including less-technical stakeholders, to understand. 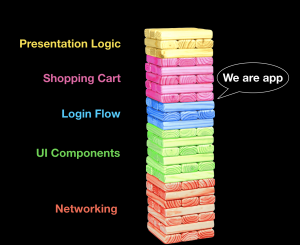 A modular app: Harder to build, easier to understand

If given the choice, most clients will opt for a monolithic build — and that’s not necessarily the wrong decision. Short-term financial concerns just tend to outweigh longer-term considerations around flexibility and extensibility. In our case, however, we have a client who’s very invested in ongoing updates and additions, and they’ve afforded us the time and resources to go the modular route.

Modular iOS apps are constructed from frameworks, which include both kits and feature frameworks:

Analogy for an app: A school music program

When I’m explaining the concepts above — kits, features, design patterns, etc. — to a non-technical stakeholder, I like to use the analogy of putting on a school music program. In this case, we have the following components: 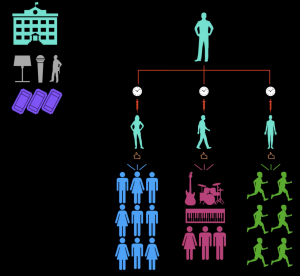 In addition to providing a good reference point for the structure of a modular app, this analogy nicely illustrates the benefits of modular development. A school that keeps the stage setup separate from the ticketing, and that has an organized system for passing instructions to independent groups of performers, will be able to put on the same show year after year and even in different locations. With a monolithic approach, on the other hand, they’ll be in trouble the minute the venue changes, the assistant cancels, or someone gets sick — which, as anyone who’s participated in a school music performance knows, is pretty much guaranteed to happen.