The iOS 13 features that Apple has specifically promoted to date include:

For several years, iOS has offered UI customization methods that allow developers to implement their own color themes for individual apps. Before iOS 13, however, developers had to manually implement custom color theme transitions. Now, with the introduction of Dark Mode, users have an option to turn on the dark color theme system-wide, and third-party apps can be designed to piggyback on these transitions. 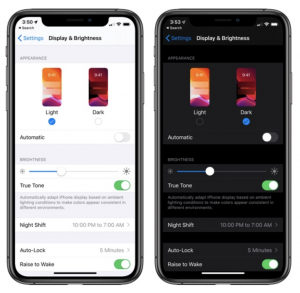 To take advantage of Dark Mode, developers will need to use semantically-defined colors. For example, the color label systemBlue has an RGB value that’s dependent on the mode (light or Dark), and will automatically switch colors when a user toggles the dark mode settings. In Xcode 11, you can select Apple’s system colors from the color picker; you can also define additional mode-dependent colors to use within your own app.

One word of caution — with the update to iOS 13, all native UIKit colors will also be updated to system colors, and will automatically switch between Light and Dark modes. As a developer, you need to make sure you’ve accounted for these transitions in your app. For example, if you’ve added a standard date picker on a white or light grey background, without overriding the system colors, the dates will become invisible when the standard color switches to white in Dark Mode. 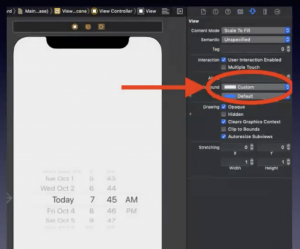 This won’t work in Dark Mode!

You can opt out of the  automatic UIKit Dark Mode transitions by using the UIView property overrideUserInterfaceStyle to specify that your app should always stay in light (or Dark) mode. You can also implement traitCollectionDidChange to listen for mode changes between dark and light modes (this works in UIView, UIViewController, UIPresentationController), so that you can update your app UI appropriately; e.g., in the example above, you could update the date picker background to a darker color when Dark Mode is turned on. For more information, take a look at the WWDC Video Implementing Dark Mode on iOS.

Scene Sessions are one of the most exciting new features for the iPad in iOS 13 (aka iPadOS). Previously, it was impossible to have more than one instance of your app’s UI on screen (with the exception af Widgets running as another process with limited functionality). In iOS 13, Apple presented a change in the paradigm for multitasking apps by allowing developers to abstract the app’s UI in Scenes.

This is a fundamental paradigm shift on the development side. Although not much changes from the user’s perspective, you’re now dealing with only one app instance, with two scene sessions that share the same memory space and process instance. This makes it much easier to share information across screens. 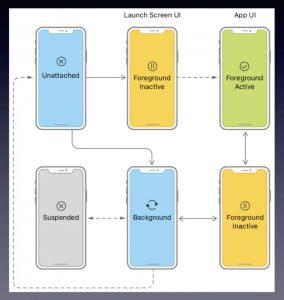 Scene Sessions are optional for the time being — you don’t have to implement them in new or existing apps, although doing so could prepare your app to take better advantage of the new features in iPadOS. However, Apple is known for introducing changes in their APIs and later enforcing them during the app review process.

For more on what’s new in iOS 13, check out the WWDC 2019 videos. We’re excited to work with these new features at Grio — if you’re interested in building or updating an app for iOS 13, feel free to contact us!