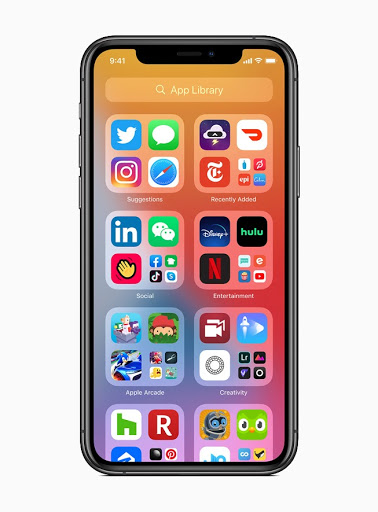 It is officially mobile OS season – Android and iOS have both recently announced the new mobile updates that will be available between now and September 2020. In this post, I’d like to talk about the operating system changes that I believe are the most important, the general themes of the announced updates, and how the two operating systems are slowly converging with each new release.

Android’s theme for this new update is ease of access; nearly every updated feature is geared towards making the Android OS both more customizable and easier to use. When the Android Developer Preview was released in February 2020, it was still working out quite a few bugs. However, with the release of the beta on June 10, 2020, and the final release in Q3 2020, I anticipate that most of the bugs will be worked out and the final product will be an even sleeker mobile experience.

Some of the most notable updates for the new Android 11 operating system include:

In Android’s current system, if you want to have multiple media widgets, such as Spotify, Apple Music, and YouTube Music, open at the same time, you have to control all three widgets independently. With the new update, all of the media widgets will now be collapsed into one “media control” that sits at the top of your notification bar, allowing you to switch seamlessly between media content.

If you’re like me, you probably use various communication applications, all of which you have to check independently. With the new Android update, all real-time communication notifications will be bucketed into a conversation section, making it easier to manage and prioritize any conversations that may be time-sensitive.

Tapping Gestures are a new feature for both the Android 11 and iOS 14. Tapping the back of the phone will let you bind custom actions that will give you more control over how you use your device and applications.

This update will make screenshots easier to use and will allow you to edit screenshots. Even more exciting, the update will give you the capability of taking a screenshot of an entire webpage, even if the webpage does not fit on the screen.

This is a feature that has been available as a developer tool for some time. However, with the new update, there will now be a menu icon for screen recording that will be much more user friendly.

Picture-in-Picture (PIP) is a multi-window mode that is typically used for video playback. While PIP has been available since Android 8, the new update will allow you to resize the windows with a simple swipe of your finger.

One of the features that I’m most excited about is Block Store. In the current system, when you switch to a new device, you have to re-install all of your applications and log in to all of your accounts again. If you’ve made the switch, you know that it is an extremely tedious process.

In the spirit of ease of access, Android has announced two big accessibility improvements:

Voice Access, part of the Google Assistant family, offers a new way for you to interact with your phone. Voice Access has a greater understanding of screen content, allowing you to control your phone via voice commands only.

The braille keyboard, called TalkBack, will be available for all Android applications. As seen below, TalkBack uses six keys that correlate to the six braille dots and form letters and symbols when tapped in combination.

Nearby Share is nearly identical to Airdrop on iOS, and will allow you to easily share photos and files with nearby Android users. Android historically used an application called Android Beam. However, Android Beam was nowhere near as effective as Airdrop because it required users to physically touch their phones together in order to share data.

With the rise of wireless Bluetooth headphones, this update was inevitable. When you switch your phone into Airplane Mode, the new OS will automatically keep Bluetooth on, allowing you to stay connected to your Bluetooth devices.

As technology continues to grow and evolve, our privacy needs continue to evolve as well. It is therefore comforting to see these incremental privacy changes with each new update. The latest changes include:

Rich Conversation Services (RCS) was launched in November 2019 but, since it was after the release of Android 10, I am including it in this list. RCS is a new messaging protocol that was designed to replace MMS and has been adopted by telecom companies world wide. RCS more closely resembles Apple’s iMessage and WhatsApp, and will hopefully modernize messaging for all Android users.

Overall, the new Android 11 promises to be a more efficient and accessible phone and operating system for Android users.

The theme of the new iOS updates is customization. With this release, Apple is working to give more power to the user by letting them control what their home screen looks like and how they access their information.

Some of the major changes coming with the new iOS 14 system include:

Widgets have been on Android for quite some time but, since they were an Android-only feature, they didn’t get a lot of attention. With widgets now on both Android and iOS, app developers will have more incentive to differentiate themselves from the competition by making more customized applications.

For the first time, iOS is giving you the opportunity to change the default application for both your web browser and email. For example, if you are a Chrome user, you will now be able to set Chrome as your default browser instead of Safari.

While PIP was previously offered on iPads, this will be the first time it is accessible on mobile devices as well. This iOS update will also allow for picture moving and resizing.

Like the Android 11, iOS 14 will offer customizable double tap and triple tap shortcuts.

The iOS updates are also rolling back some of the more intrusive notifications on the current phone system, including: 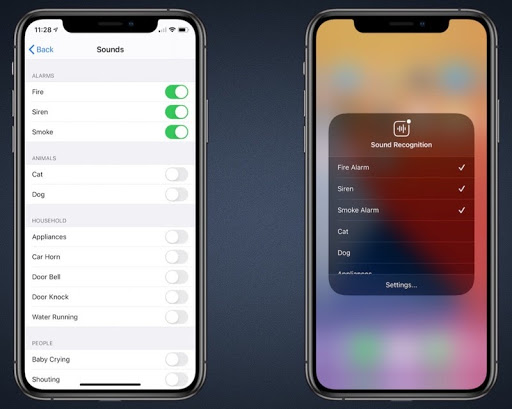 Overall, the new iOS updates will allow users to customize their devices more than ever without losing the ease of use that Apple products are known for.

For example, the following Android updates are reminiscent of iOS applications:

In addition to these updates, Screen Recording and Screenshot UX will now be more in line with the iOS model.

Likewise, the iOS updates also reflect some of Android’s applications, including:

Apple will also more closely resemble Android with the use of widgets and picture-in-picture, as well as by making the default web application and email customizable.

As Android and Apple have continued to converge in recent years, the de facto requirements for up and coming mobile developers have continued to grow. Though I think it is unlikely that a new operating system will emerge, it is important to understand the standards that new operating systems will have to reach if they hope to be competitive within the market. In my opinion, these de facto standards include:

“Dark Mode” refers to a toggle that allows you to change the background color scheme on your smartphone to black. I am personally a fan of dark mode and, though it is new to the market, I think it will continue to gain traction going forward.

Gesture-based navigation, the use of swipes and other similar actions to control your phone, has become essential for one-handed efficient phone usage.

Fingerprinting, facial recognition, or the combination of both, has become a staple of smartphone security.

I think this is one of the toughest standards for a new competitor to jump into. Just look at Samsung’s attempts to have Bixby compete with Android and iOS. However, a new operating system will need a personal assistant like Siri and Google Assistant to compete.

Access to quick settings or a control center for efficient application control has become a staple for smartphone operating systems.

We are slowly replacing the remote controls and light switches with control via smart devices. As this continues to gain popularity, the ability of phones to integrate smart home controls will become more essential.

Granular permissions and file access represent the standard security that we expect from our smartphones when we use applications. Without assurances that our data is safe, a new operating system will be unable to gain users.

The built-in QR code scanner is another change that was developed in the more recent years, yet is already a staple of our smart phone experience. Like smart home controls, the popularity of QR codes makes the ability to easily scan them essential.

iOS is currently able to detect other iOS users in your contact list that are nearby, and allow you to share your WiFi with them. Android allows you to share QR codes with other Android users to easily connect to the internet. Other operating systems will need to develop similar WiFi sharing capabilities.

This is a feature that became an instant-necessity with the creation of wireless headphones. Bluetooth easy pairing, available on both Android and iOS, gives you an active notification to pair when a Bluetooth device is turned on. It’s very rare for us to try to pair a Bluetooth device that we are not in close proximity to. Therefore, Bluetooth easy pairing, which allows you to skip the tedious step of going into your Bluetooth settings and manually pairing a new device, has become an appreciated and expected function for smartphones.

Overall, the updates provided for the Android 11 and iOS 14 operating systems seem to be moving mobile devices towards a more efficient, more customizable future. As the two operating systems continue to become more similar in nature, it will be interesting to see how our brand loyalty changes in response.