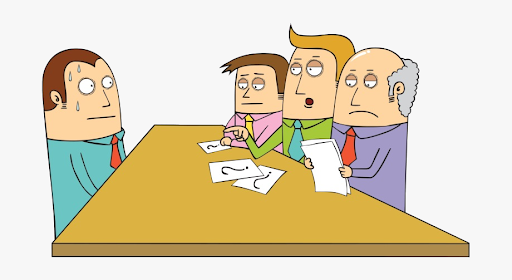 At Grio, we believe it takes great people to build great software. That’s why, when we add new members to our team, we work hard to ensure that we are hiring the best people for the job. In this blog post, I will cover tech interviews – why we do some of the things we do and how we use efficient tech interviews to screen for the best candidates for open positions.

When you are interviewing a candidate, they typically have to go through several rounds of interviews before they are offered the position. Throughout this process, you might utilize several different types of interviews, such as:

Within the Grio interview process, I often conduct tech screens with potential candidates. Based on the proficiency requirements of the job opening, there are several different tech screens that we can conduct, including:

Build an App or Component

Given Grio’s typical workload, I like to have candidates build an app or component for their tech screening. I believe that there are several pros and cons to this method:

Logic Behind the “Build an App” Tech Screen

Even before joining Grio, I put a lot of thought into how tech screens should be conducted. I have been interviewed a lot over the course of my career, and I have left a lot of interviews feeling like the interview itself was not well conducted.

When I began giving interviews myself, I too found myself falling into some of the pitfalls that I hated when I was the candidate. Most noticeably, I realized that I didn’t enjoy making the candidate feel bad about themselves. While many tech screens leave candidates feeling downtrodden, I realized that it didn’t have to be that way, and I adjusted my interview process accordingly.

I believe that, if you really enjoy the subject matter, the interview should be a pleasant experience, regardless of whether or not you get the job. I used this belief to create the tech screen that I currently conduct at Grio.

When I conduct a tech interview, it is usually an hour-long video interview that is split into the following sections:

As mentioned above, the coding exercise in my tech interview is usually completed on Coderpad. I generally approach the challenge using React, as it is the most common frontend view library utilized at Grio.

If time allows, I might then have the candidate build even further:

These challenges allow me to access a number of skills and proficiencies, including:

When conducting the tech screen, I try to conduct the interview in a way that I find helps candidates relax and show their best work. My tech screens always include:

Once the tech screen is complete, I evaluate candidates based on a number of performance standards, including:

When completing the evaluation, I also ensure that I am evaluating their skills based on the job for which they are specifically applying. For example, if I am evaluating a more junior candidate, I expect them to have a more junior level of proficiency. However, if they are applying for a senior position, a junior level of proficiency is a red flag.

Red Flags that Can’t be Overlooked

The main issues that I have a hard time overlooking during the tech screen include:

Problems with My Tech Screen Format

While I have updated and evolved my tech screen with every interview I conduct, I acknowledge that it still isn’t perfect. Some of the most noticeable problems with this interview format include:

At Grio, we are constantly evolving our interview process to create a process that is enjoyable for all parties while being efficient and fair. Tech screens are an important part of this process, as they help us ensure that we are selecting the best possible candidate both for ourselves and our clients.