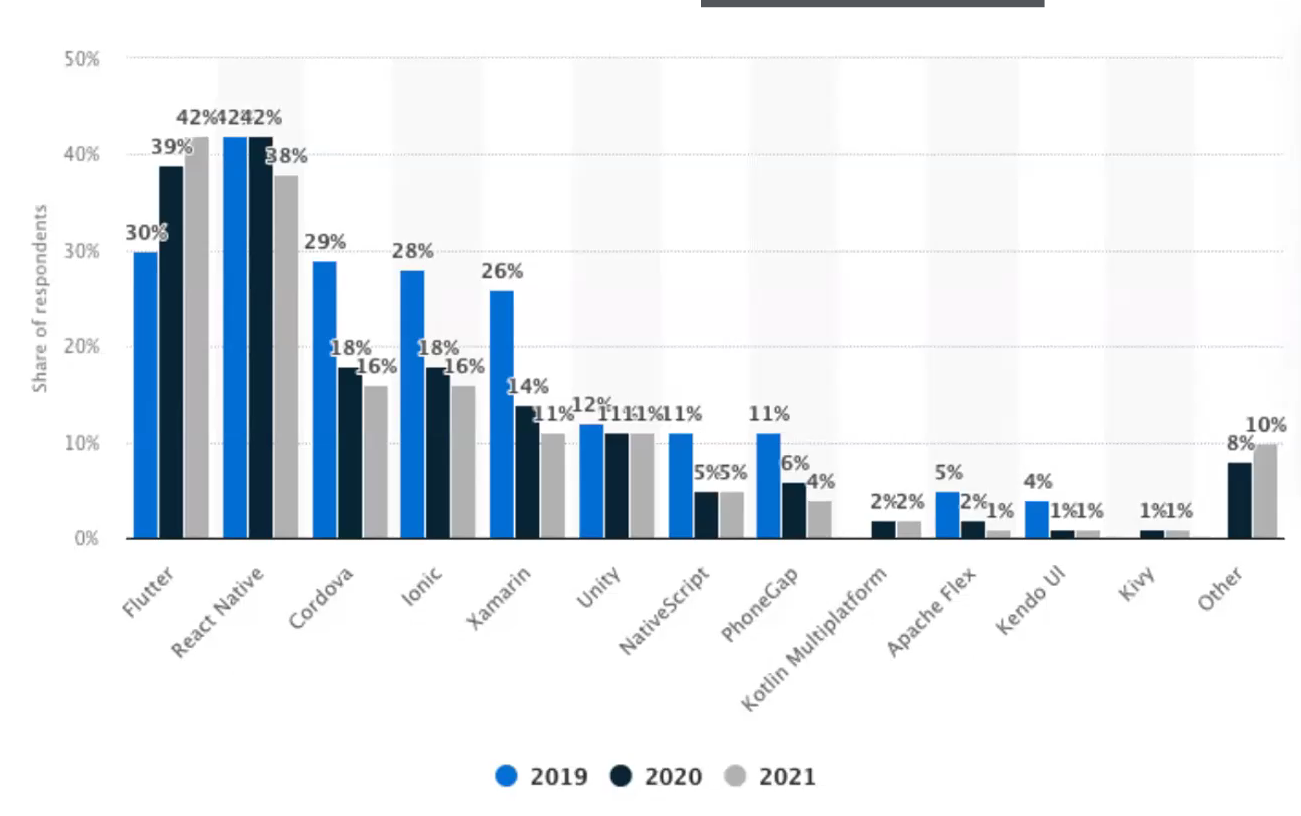 One of the newest cross-platform frameworks to hit the market is Kotlin Multiplatform. As you can see in the table below from Statista, Kotlin Multiplatform is not among the largest market shareholders. However, while it is still new to the market, I believe it contains promising features that may attract more developers in the upcoming year.

Koltin is a development framework that was introduced by JetBrains in 2011. It was named after Kotlin Island, an island located near St. Petersburg, as a nod to Java’s Java Island namesake. Kotlin was officially released in 2016. In 2017, Google announced first-class support for Kotlin on Android. In 2019, Google announced Kotlin as the preferred language for Android app developers over Java.

The target platforms for Kotlin Multiplatform include:

KMM is a software development kit (SDK) for iOS and Android app development that offers all the combined benefits of creating cross-platform and native apps with code shared between Android and iOS. The alpha was released in 2020, so many companies are waiting to make the switch until it is more established and reliable. However, there are production apps that are running using KMM, including Philips, Netflix, Leroy Merlin, and VMWare.

The benefits of KMM include:

In KMM, you can use a single, shared code to write:

With KMM projects, you typically have a shared module, an iOS application, and an Android application. The shared module contains all the common logic for both the Android and iOS applications. When you compile the scripts, it builds into an Android library and an iOS framework. KMM contains a common code that implements your business logic, and then the shared module specifies what is used to invoke any specific native APIs in your application. For example, if you have a unique identifier (UID) in the common code, you can designate a call to a specific operating system using either of the two libraries.

As you can see in the visual below, KMM is most beneficial for business logic and the data layer: 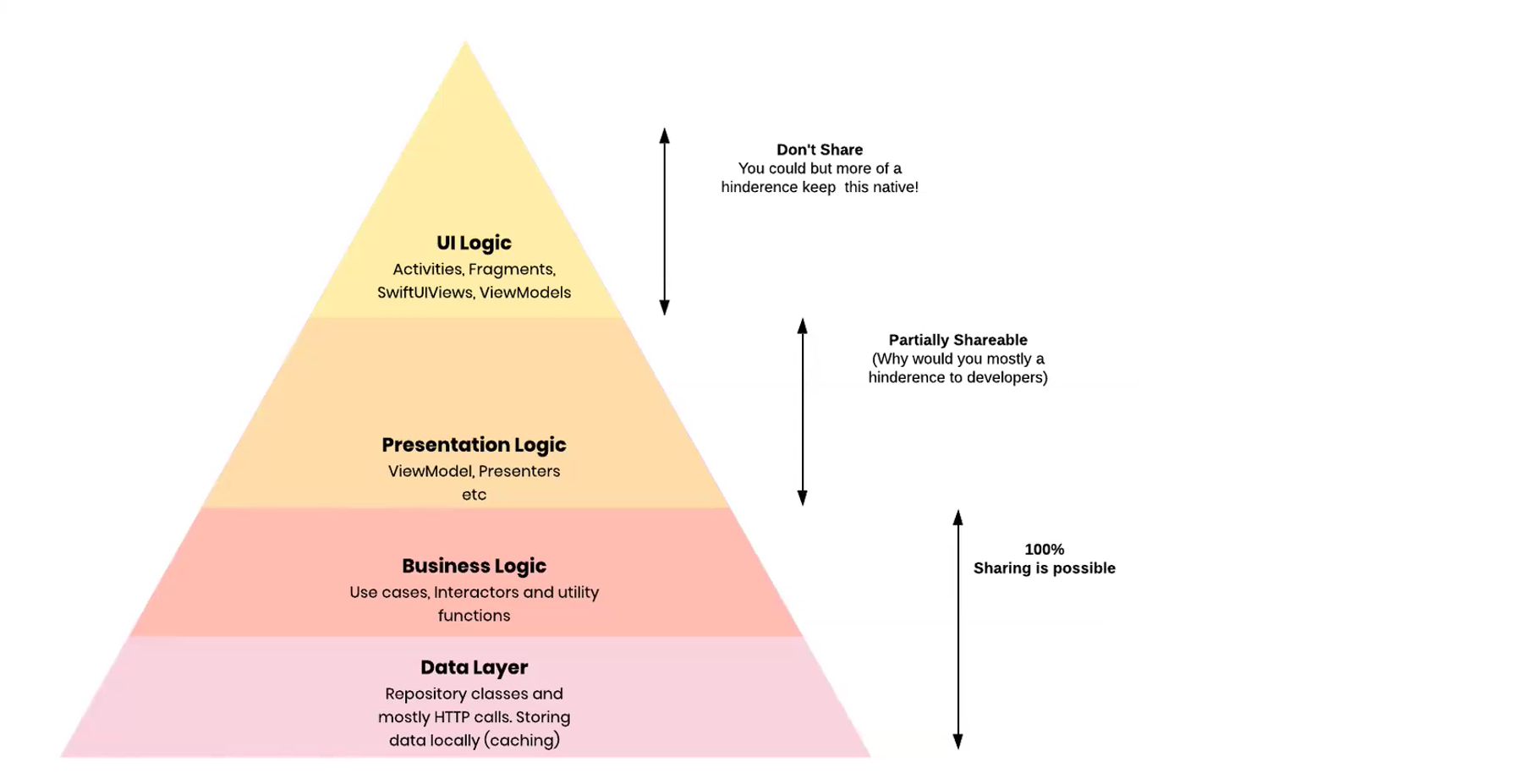 The business logic and data layer of your app can be completely shared between Android and iOS with KMM. Since KMM was released, there have also been additional efforts to increase sharing in the presentation logic and UI logic.

Based on the results of the Kotlin Multiplatform Survey in Q1-Q2 2021, we can see that the majority of networking and data storage utilized KMM:

This is just a brief summary of KMM and doesn’t delve into the technical aspects of the framework. Like any framework, KMM comes with its own combination of benefits and challenges. Overall, I feel that the benefits to KMM, such as the shared and reusable code library and the development efficiency, will allow the framework to continue gaining traction and popularity among software developers.

You can learn more about Kotlin in Meet Kotlin and Concurrency on Android wth Kotlin Coroutines.