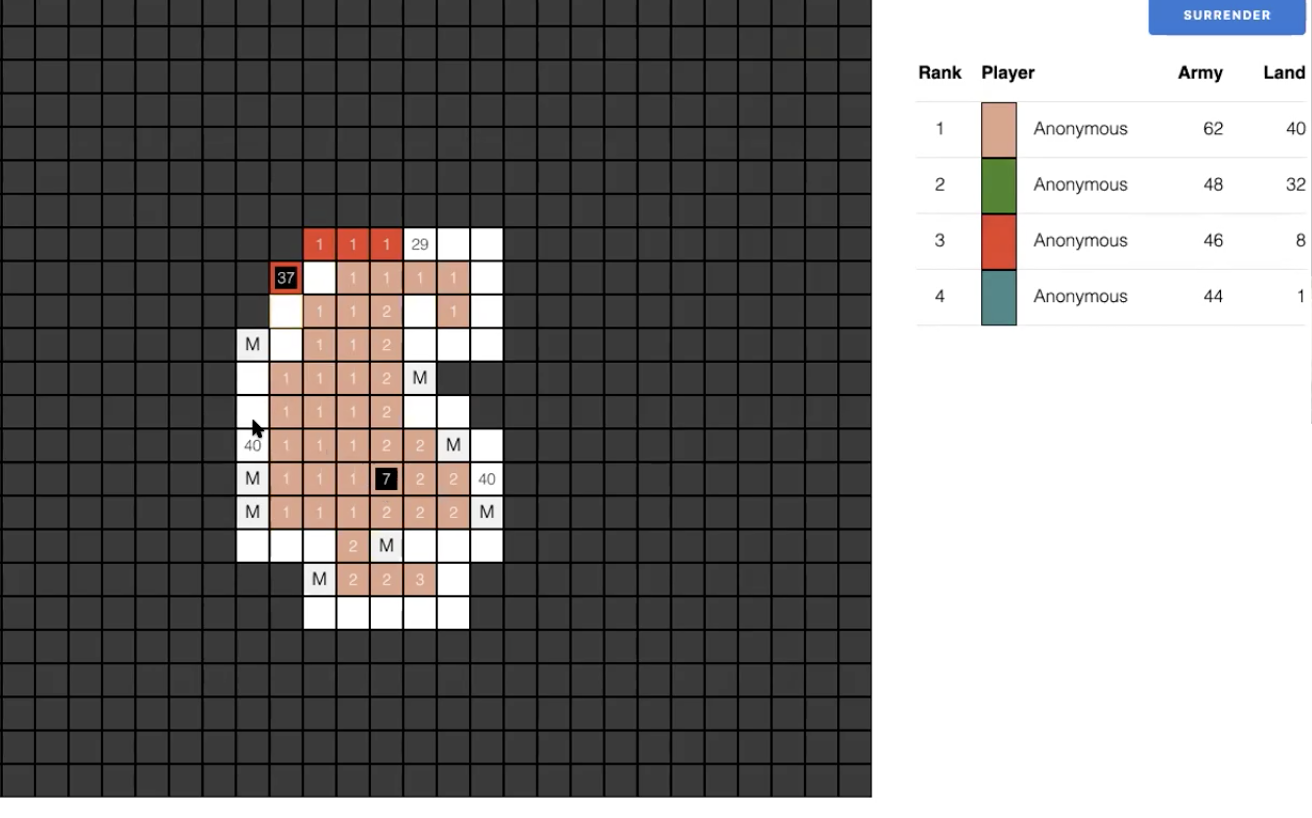 Over the past two months, I’ve been working on learning the Phoenix LiveView framework by building a complex multiplayer online game. In this post, I’ll talk a bit about the benefits of this framework, and give a quick overview of the game architecture and processes I’ve developed.

What is Phoenix LiveView?

Phoenix LiveView is a development framework for building rich, real-time user experiences with server-rendered HTML. Applications built with this framework have only a very lightweight frontend, which sends everything (including user interactions such as button clicks and key presses) back to the server for processing. Specifically, JavaScript events are serialized and sent over WebSockets to the server, which then generates an HTML diff and sends an update back to the browser.

The Phoenix LiveView framework offers a couple of major benefits for both application users and developers:

To learn Phoenix LiveView, I decided to build a clone of an existing real-time multiplayer game. I settled on replicating generals.io, a strategy game with a simple visual interface and the following logic and rules:

Here’s a simple diagram showing the architecture I used to replicate the game: 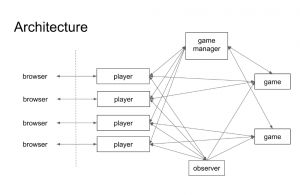 In this example, there are four players who’ve been allocated to two different games. The two games are completely isolated — each has its own state, including the grid configuration, points, and leaderboard.

If a new player were to sign in, the “game manager” would determine whether there was an existing game that that player could join; if all games were already in progress, the manager would create a new game for the new player. If a player were to leave, the “observer” would receive that player’s data and update the game to account for the departure.

Within each game, interactions proceed through the following set of steps:

I’ve put about 80 total hours into developing my version of generals.io, and it’s close to feature-complete — players can join, choose paths, and surrender, and player stats are updated continuously on the leaderboard. Building the game has been a great experience, and required me to learn (or re-learn) a variety of languages and technologies. I’ve also felt very focused and productive working exclusively with server-side code.

Personally, I’m looking forward to continuing to work in Phoenix LiveView. I’d like to add features to my version of generals.io, including user authentication, an admin interface, tournament hosting, and potentially even native mobile support. I’d also like to experiment with building more multiplayer and single-player games using this framework.

More generally, I expect we’ll see increased adoption of Phoenix LiveView and similar frameworks across all areas of development. This technology has the potential to significantly change the economics of building browser-based applications — not only games, but also any other application (issue trackers, social feeds, etc.) that benefits from real-time updates.