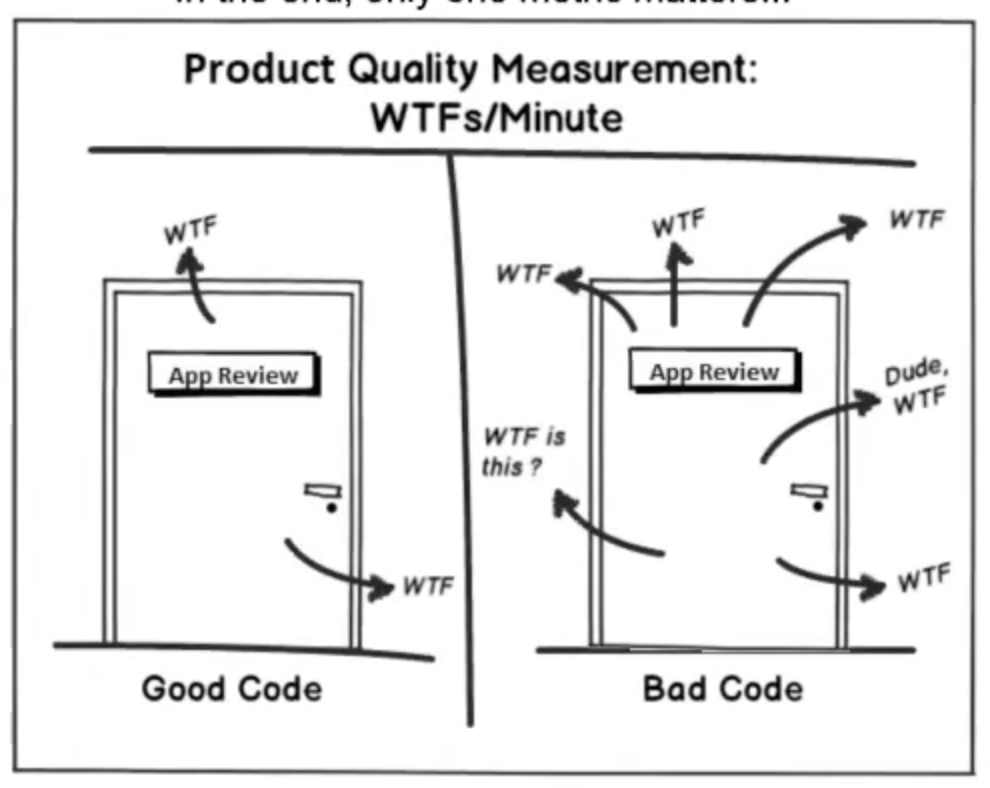 The word “quality” first appeared in the English language around 1300. Technically, “quality” is a neutral term, referring to the character or nature — good, bad, or otherwise — of a person, place, or thing. However, when we use this word today, we’re often implicitly pointing to high quality. Most modern definitions of “quality” indicate that the term is connected to attributes like lack of risk, ease of trust, superiority to competition, and high value.

When it comes to software, that last attribute — user value — is arguably the most important. As designers, engineers, and product managers, our goal is to deliver high-value products to clients and end users; to know whether we’ve succeeded, we need a consistent and accurate way to measure the quality of our work. The things we choose to measure will color our perception of the software we create, and will either reinforce or undermine our underlying objectives.

There are an almost limitless number of metrics that could give us insight into software quality, and each has a particular scenario in which it’s best used and a type of information it’s intended to provide. I’ll touch on some common metrics below, and then share some thoughts on the importance of testing and context when measuring quality.

There are two categories of metrics that we often use to measure the quality of a software product: intrinsic metrics and customer value metrics.

Customer impact metrics consider the actual impact of failures, defects, and other product issues on the end user. Common customer impact metrics include usability (how intuitive is the product, and how quickly can a new user come up to speed on its functions?) and customer satisfaction. Satisfaction is especially difficult to measure, as it requires collecting and analyzing subjective data from a larger number of customers — but for teams that do it well, it is a gold standard metric that can highlight opportunities to significantly improve product quality.

Why is testing so important?

You’ll notice that many of the software quality metrics above are in some way related to testing. I’m often asked why we do so much testing, and whether it’s really necessary. My response usually hits on two main points:

Testing isn’t always exciting, but it matters, and we can’t build quality software without it.

Any of the metrics above is a good start toward measuring software quality — but metrics in isolation actually aren’t worth much. To really evaluate quality, we need to understand the context in which we’re measuring. Context-setting questions might include:

Here’s an example to illustrate the importance of context. We have two products — Product 1 is a mature, public-facing application that is receiving continual feedback from end users, while Product 2 is in an MVP phase heading toward its first public launch. The following graph shows the trend in bugs opened (in red) and closed (in green) for each product:

Both of these products are healthy. Product 1 has a higher relative number of opened bugs because it’s going through iterative discovery weekly as part of the process of reaching an effective MVP; but Product 2 has a higher total number of opened bugs because it has been in production for several years. Although the absolute numbers for these two products are very different, they are both appropriate for the stage of the product’s lifecycle.

So — which metrics matter, and what should they look like? There’s no one right answer; it depends on the product, the context, and the team. At the end of the day, though, software quality is about minimal confusion and maximum efficiency for end users and your team. If you’re minimizing this metric, you’re probably doing something right: 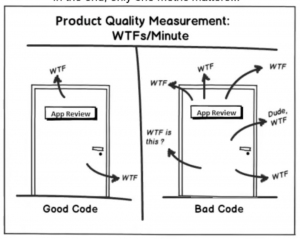