At the lastest Apple WWDC conference, Apple decided to suprise it’s developers with introducing a brand new language called Swift which will be used going forward in development all Mac and iOS applications. The good news for all Apple developers is that it is totally integratable with all existing Objective-C code. Another great positive for developers is that it also runs on the current version of iOS, iOS-7. Developers will still need to wait for Xcode-6 to come out of Beta before they can submit full Swift apps, but they will not require everyone to be running the latest iOS.

END_OF_DOCUMENT_TOKEN_TO_BE_REPLACED 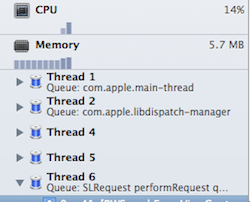 If there’s one rule to remember in iOS native programming, it is this: UI components can only be properly manipulated on main thread. Keep this in mind and I’m sure it will spare you from headaches in the future.

END_OF_DOCUMENT_TOKEN_TO_BE_REPLACED

For years developers (and consequently consumers), have had to accept the fact that the Tablets (and some phones) would always have the System/Navigation Bar visible on their screens. A 10.1 inch advertised screens, offered in fact a 9.8 inch usable screen.

END_OF_DOCUMENT_TOKEN_TO_BE_REPLACED 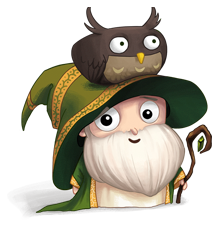 It seems Whobert has a bit of a problem; he can’t remember a thing.

Okay, so he’s a wizard.  That much is clear: hat, beard, robe… we’ve got that part.  But there are so many questions!  Where did he come from?  How does he know magic?  Why is there an owl on his head?  Nobody knows. And Whobert can’t remember!

END_OF_DOCUMENT_TOKEN_TO_BE_REPLACED

Developing a game intended for multiple end platforms can present some unique challenges to consider.  For one, the differing pixel resolutions on apple devices over the years necessitate at least some different background images and layouts to accommodate the different aspect ratios.  My initial technique to deal with this problem was to include a copy of each background for each device present in its scene, with its rendering switched off.

END_OF_DOCUMENT_TOKEN_TO_BE_REPLACED 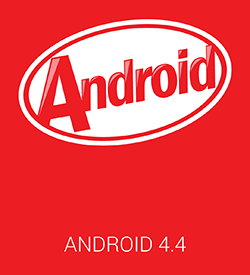 On Thursday, October 31st Google announced their new flagship phone, the Nexus 5. Along with their newest device they announced it would ship with Android 4.4, codenamed “KitKat” (much to the surprise of the entire Android community that was expecting “Key Lime Pie”.)

I received my Nexus 5 on November 7th, and have had some time to get used to KitKat as well as the device itself. Originally this post was going to review the device and the new Android version, but instead I want to discuss several of the key changes that have been introduced with 4.4 and my thoughts on them.

END_OF_DOCUMENT_TOKEN_TO_BE_REPLACED 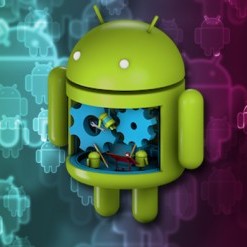 As one would expect with a fine product, it would work best right out of the box. In the case of Android Studio, some assembly is required. The issue I found was that a newly created project with default settings wouldn’t compile. I thought that this bug might have been specific to my setup, but after reproducing it on 3 different computers and finding several outstanding questions as well as a few open bugs with Google concerning the issue, I decided that a fix would be a fine thing to write up, hoping it enables other people to develop as painlessly as possible.

END_OF_DOCUMENT_TOKEN_TO_BE_REPLACED

Apple and Steve Jobs started the smart phone revolution. Just 7 short years ago we had the first iPhone, a technical marvel in its day. The craftsmanship of not only the device but also the iOS operating system was a thing to behold. Apple continued with its excellence in both hardware and software design for years. Unfortunately, the wild ride has ended, at least for the moment. While the hardware has kept up relatively well (although there is not a heck of a lot of innovation), the iOS operating system has, sadly, regressed.

END_OF_DOCUMENT_TOKEN_TO_BE_REPLACED

With the release of iOS 7, there are several changes in how you lay out and customize the appearance of your UI. In particular, the status bar is now transparent, and your views will show through it. Now this is a great opportunity to redesign your app and take advantage of this new look and feel, but what if you aren’t ready and you want to the old iOS 6 status bar back? Well, I’m excited to tell you that there is a way to do this!

END_OF_DOCUMENT_TOKEN_TO_BE_REPLACED

Recently I started a project which required an iOS app to be locked in landscape orientation. The method mentioned below was always the standard for locking/setting the orientation, but iOS 6 deprecated this method. This post will show and explain some other options that I came across when investigating alternative options for locking the screen.
[code language=”javascript”]
[[UIDevice currentDevice] setOrientation:UIInterfaceOrientationLandscapeRight];
[/code]